I bought an Australian Ribeye Wagyu and Txuleta Sirloin steak from an online store called the Steakshop a few months ago and absolutely loved it soo much I blogged about it. The Australian Wagyu was highly marbled with an 8-9 scale grading (a grading of 9 is tons of marbling to 0 which is no marbling. Anything above 9 is scored as 9+) and the Txuleta beef from the Basque region of Northern Spain was soo intensely flavorful and moreish, I promised to buy more steaks online when I craved premium beef.

I had this craving last week, so this time I bought some Txuleta Ribeye’s, Txuleta Sirloins and Jacks Creek Sirloin from the Steakshop.  This review will focus mainly on steak from Australia’s Jack Creek farm. The premium beef producer has won several awards, a World’s best fillet steak in 2017 and Worlds Best steak producer in 2015 and 2016 so I had great expectations long before I had the first bite.

The steak arrived right on time 2 days after I ordered it. They left it right outside the front door so it was delivered in a socially distanced way. It was delivered fresh, well packaged and surrounded by ice packs. The steak set me back £38 for two 350 gram sirloins and it was well worth every penny as the taste was out of this world.  Scroll down for pictures of my favourite steak of 2020. 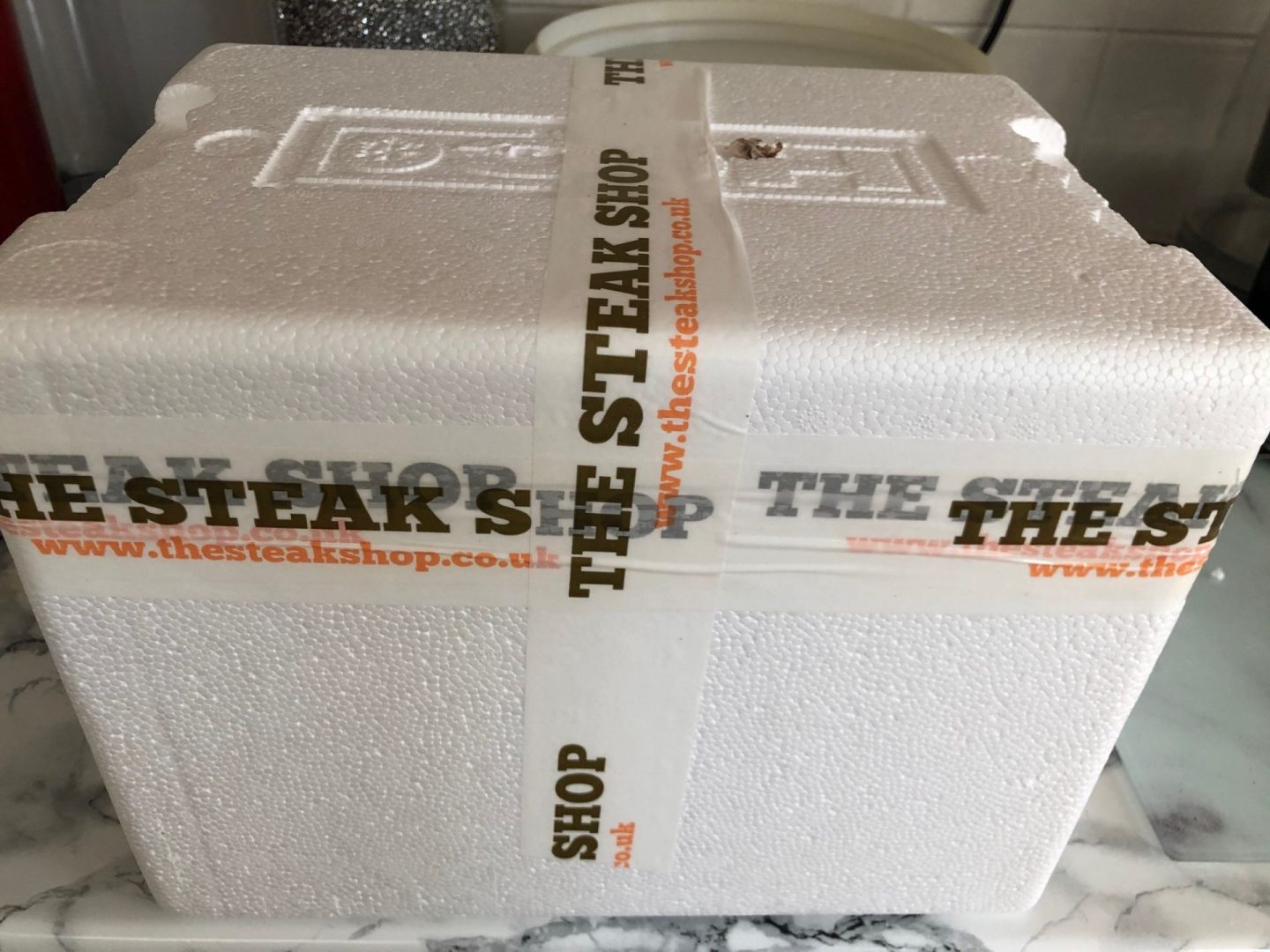 The marbling, flavour and taste was perfect. Every bite melted in my mouth with textures almost as soft as that of the Wagyu I ordered a few months prior.  I recommend you order the Jacks Creek Sirloin and place it on hot coal for that BBQ effect. It’s dream on a plate.