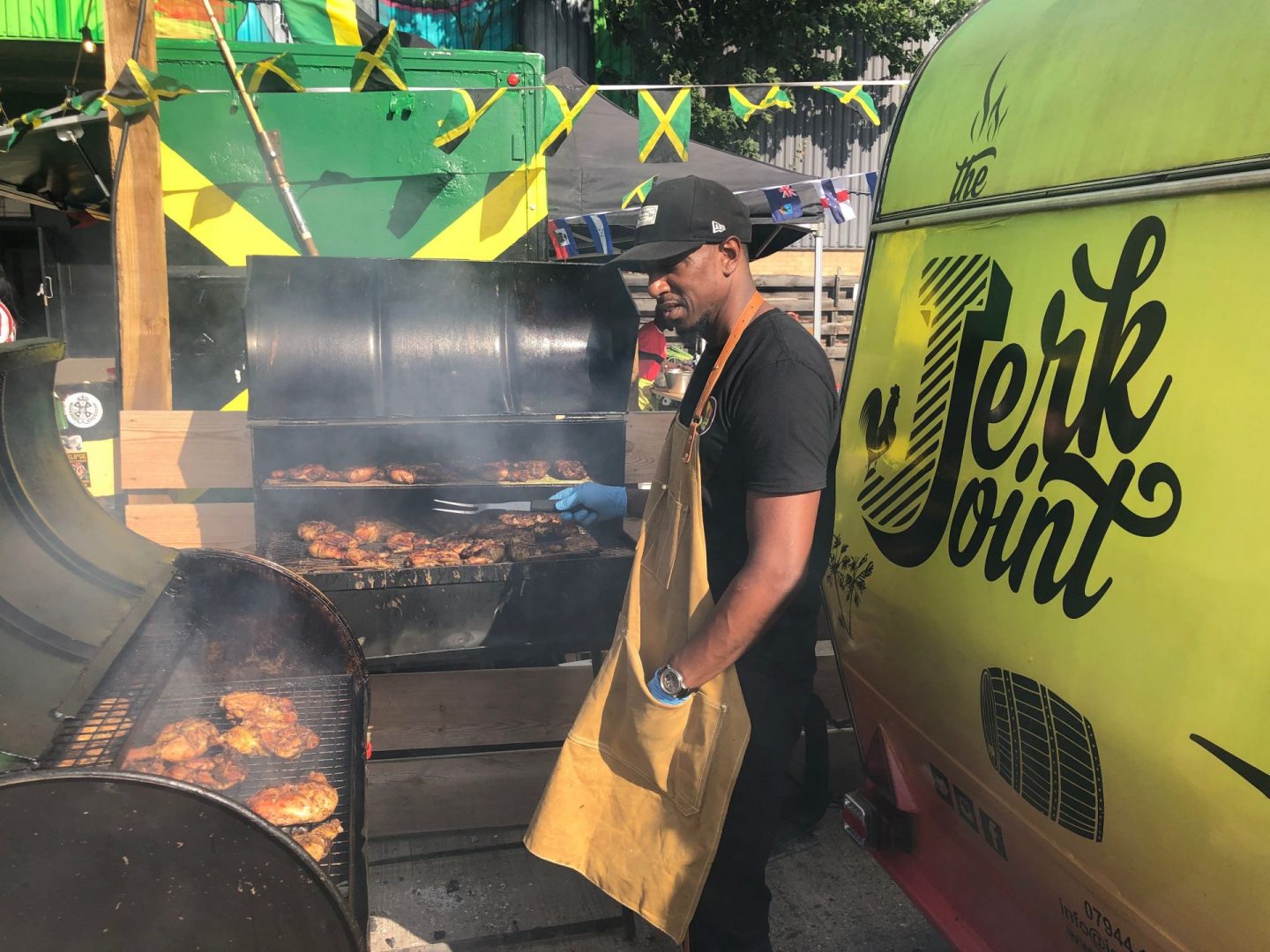 Readers, you know how much I love food, cooking food, dining out , visiting pop up stalls, however food is presented, I always get involved.

When a secondary school friend  ( have known Kirk for almost 2.5 decades ) sent a message containing the words London Jerk Festival , I replied ‘lets go’ without a second thought. A quick scan of the London Jerk Festival website revealed this was going to be a festival showcasing the best in Jerk; Jerk chicken, Jerk Pork, Jerk chicken wings , Jerk prawns and Vegan jerk. The celebrations of Caribbean culture was going to include Live Dj acts and community speakers . The ticket prices were actually relatively cheap for London  ranging from  £5 – £20 on Eventbrite .

Kirk and I caught up at Hackney Wick station on the day of the festival and walked towards the venue. Even at a distance,  we could smell the seasoning coming from the many food stalls, the music was loud and energetic and Jamaican flags were flying high. Although we tried to catch up with each other’s  lives and talk about serious issues,  chicken  came up in the conversation  multiple times as we were hungry.

Kirk’s friend arrived and we hit the festival.  Immediately  you could feel  the Caribbean  vibe, reggae music blasting from the speakers , stalls filled with soo much smoke you felt like you were the one being jerked and different kinds of sweet alcoholic nectar such as rum punches and ginger beers.  The rum punch sent me back to my holiday in Dominica, easy to drink but you definitely need a nap afterwards.

I am definitely looking forward to visiting Dominica again. Now  back to the Hackney festival..The  dishes we had were priced from £7.50 – £8.50, a slightly higher cost margin (by £1 ) than your average stall food. This wasn’t an issue on the day though as the Jerk was on point. Check out the days Vid and Pics below.

A few of the day’s pictures

There goes our time at Hackney’s London Jerk Festival, Jerk dishes , rum Punch and Caribbean vibes, a great day out.