I spent last monday evening at an exciting Portuguese World Cup BBQ starring Portugal vs Iran. The venue was Marina’s lovely garden in South London and the guests were an army of Portugese friends all hoping this would be their year seeing as they have Cristiano Ronaldo, arguably the best player on the planet ( I can’t name the other player for fear of this being my last ever Portuguese BBQ invite).. Iran arent really known for their footballing skills so the plan was to eat tons of barbecued meat washed down with Portugese beer..sorry I meant Budweiser, whilst trying to guess If Portugal would score less than 4 goals. Well that’s what we hoped would happen. So here’s how the evening played out.

First things first, we had to get past the cute guard at the door.We all entered the flat slowly, one eye on all the snacks and another watching the dog

Snacks and BBQ meats at the ready

Garden filled with beef , lamb chops, burgers , you name it. The portugese certainly love food, I give them that much 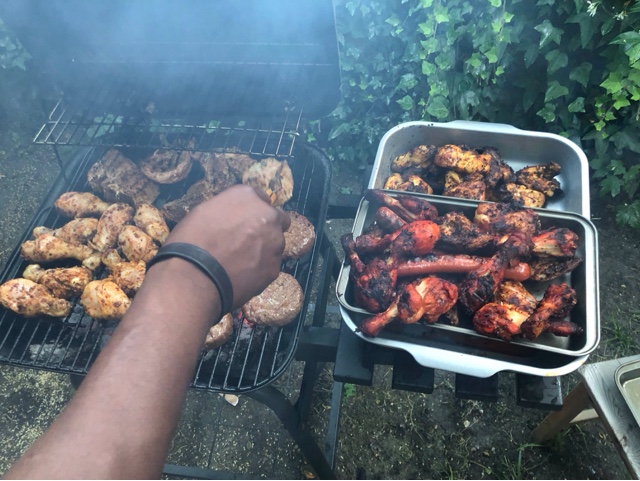 Time for the match and that penalty

First rule about watching a Portugal match with the Portugese according to Cristina ” If Spain is playing on another channel and they score, never say thats a great goal”. Second rule : ” When we see Cristiano, we must all look at him with affection and adulation “.  Well I saw Cristiano miss against Iran , while Spain scored a great goal. Based on her two rules, I just stared into the distance and looked mortified. I think I also gasped in horror for added effect and screamed the only swear word I learnt from watching Spanish la liga.

Match over, it was time to slice the meat, have a drink and discuss Portugal’s chances. Portugal has Ronaldo and as long as he plays they always stand a chance of winning something. 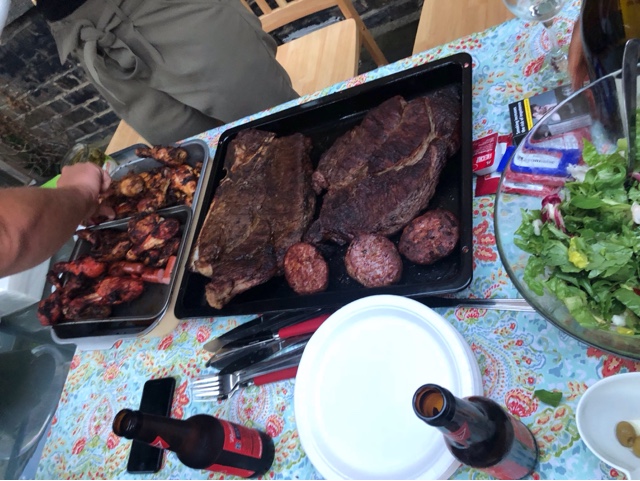 We had some lovely ice cream in a cone for desserts. Thanks for the evening Pedro and Marina. I really had a nice time and I’m looking forward to having the whole Portuguese crew over soon. 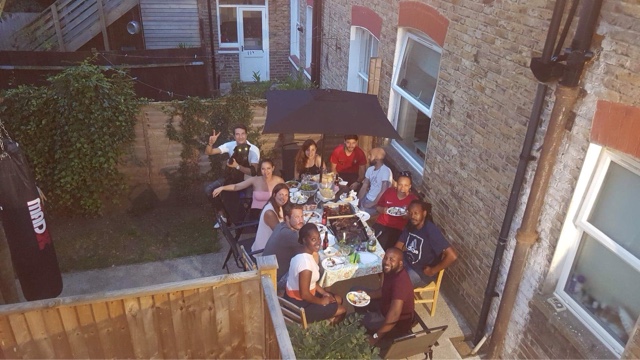