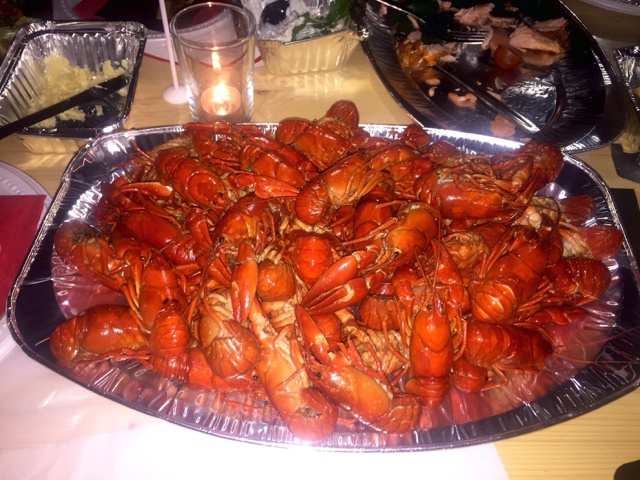 Hi friends, I spent last night at a kraftskiva, better known as a Swedish Crayfish  party a few minutes

walk away from London, Shoreditch station. I never even knew people celebrated the existence crayfish prior to getting an invite, so I was looking forward to this event. 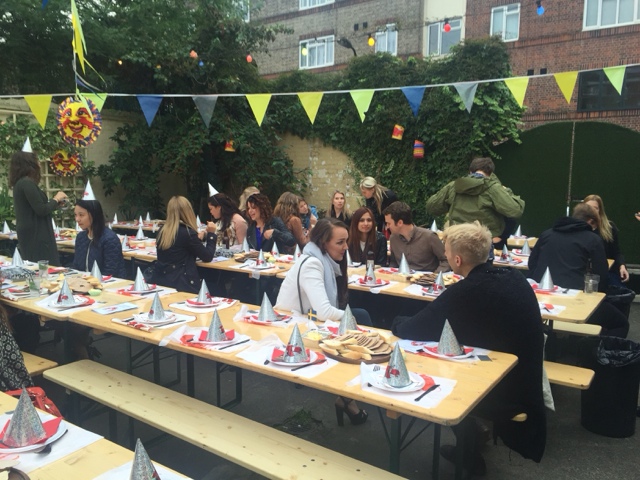 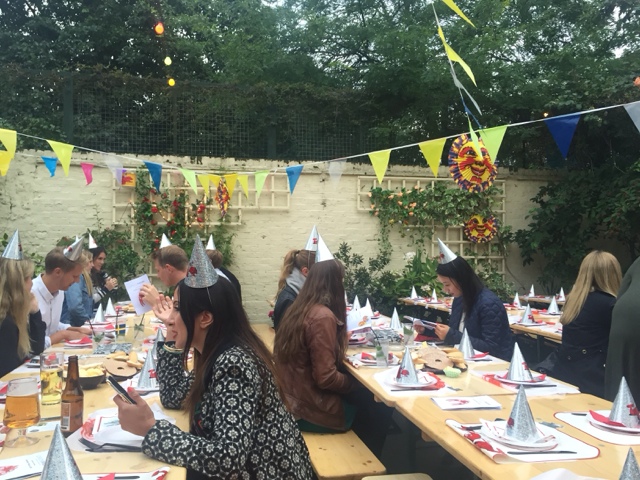 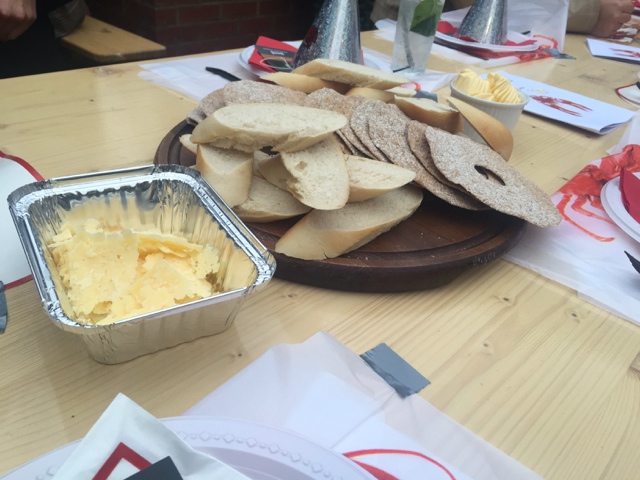 When we finally got to the place, we were given a choice of drinks with our ticket and then the drinking began. This went on for an hour until the Inlagd sill ( pickled herring ), rokt lax ( smoked salmon) and main star of the event, the Crayfish came out. 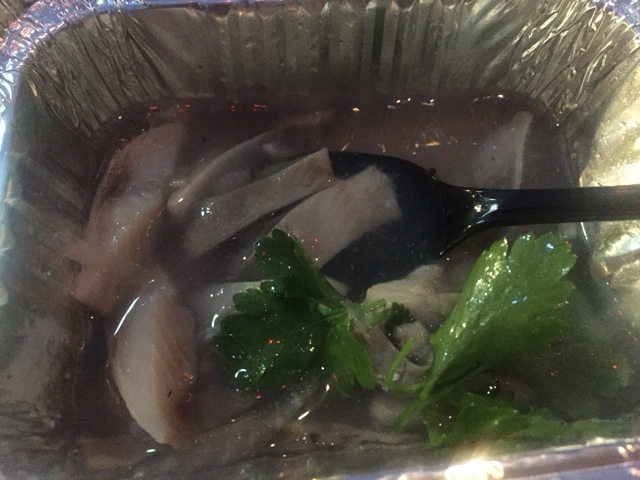 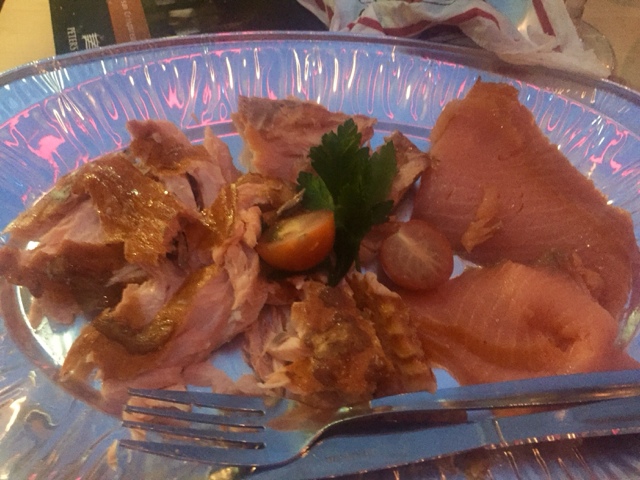 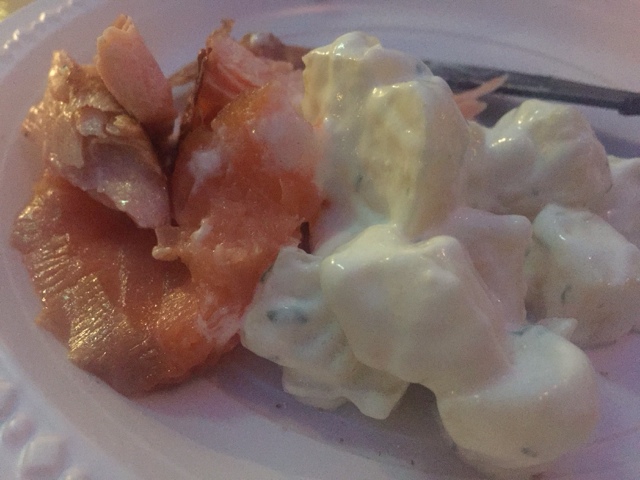 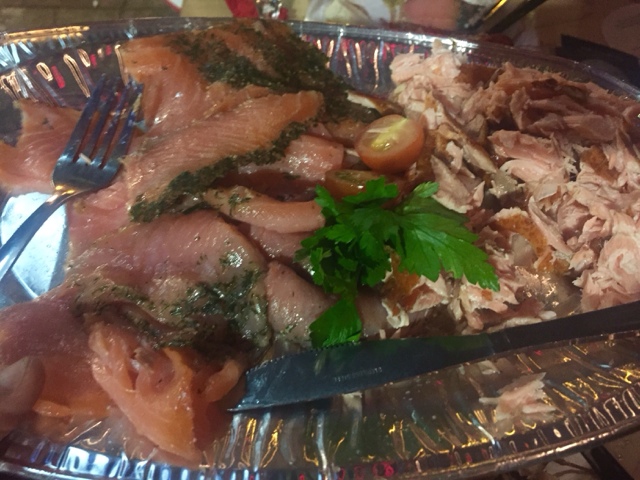 I tried hard not to look like a newbie as I watched swedes dispatch the shellfish in a military style coordinated fashion. Cracking the tail was soo difficult I stabbed myself with the crayfish claw several times and cursed under my breath after a few failed attempts. I had to rely on my Swedish friends peeling expertise to get me through the first part, but after a while I started to getting the hang of it. The feeling of excitement after successfully peeling my own crayfish is a weird emotion indeed. I peeled a few more and I only managed to flip a claw into my collar once ( don’t ask how I managed that). 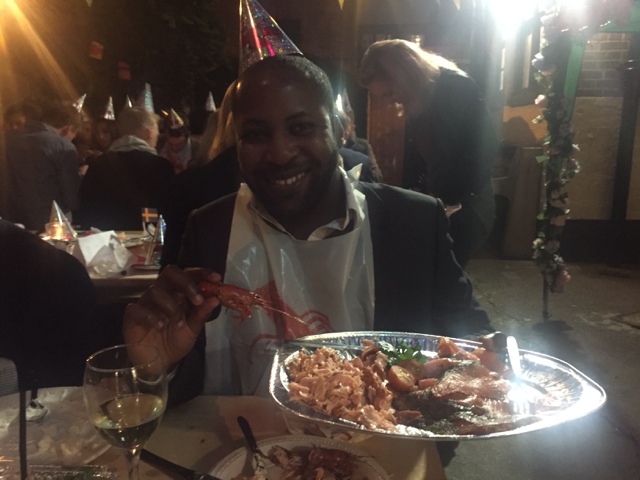 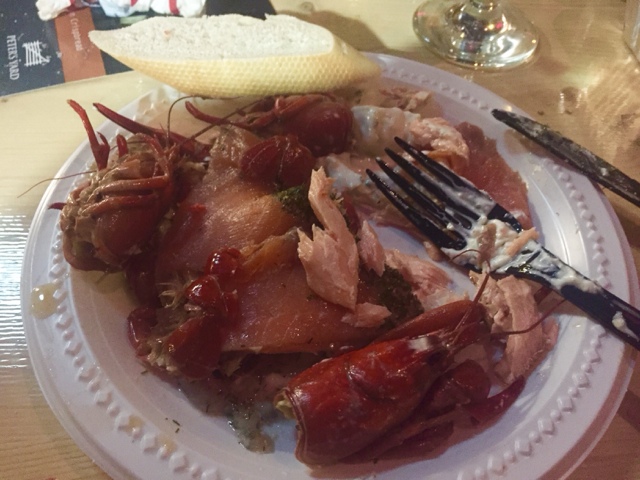 Eating and chatting away then the hosts stood up and asked everyone to sing a song a called Helan gar ( or better still hell and gore for the non swedes) while drinking something that tasted like low grade fuel called schnapps. I was sitting right next to the hosts so he had a brilliant idea that involved me doing beat boxing on the microphone. It was so bad.lol. He apparently wanted me to get up and sing the next song with him, but gladly that didn’t come to pass. It would have been a disaster of epic proportions 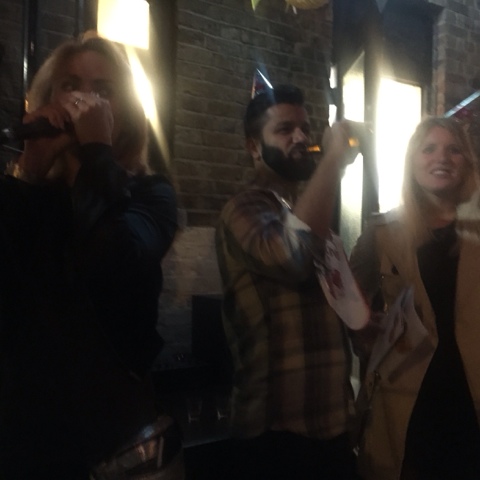 The food kept on coming, so we had to get more drinks ofcourse. A whole packet of low grade fuels and more burst of songs from the crowd really made this party a nice jovial one. In a way I am looking forward to the next one already 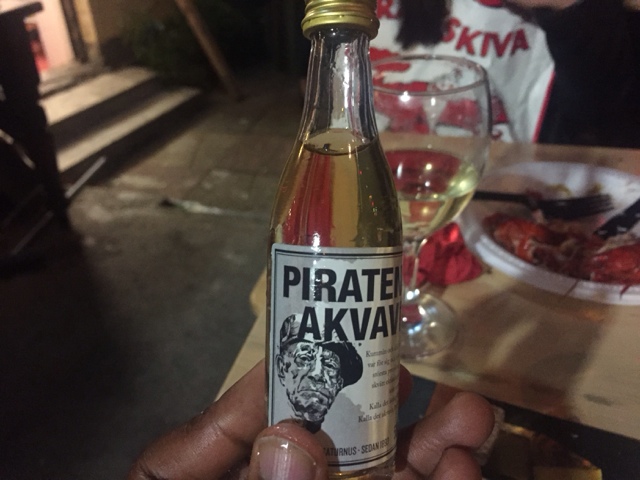 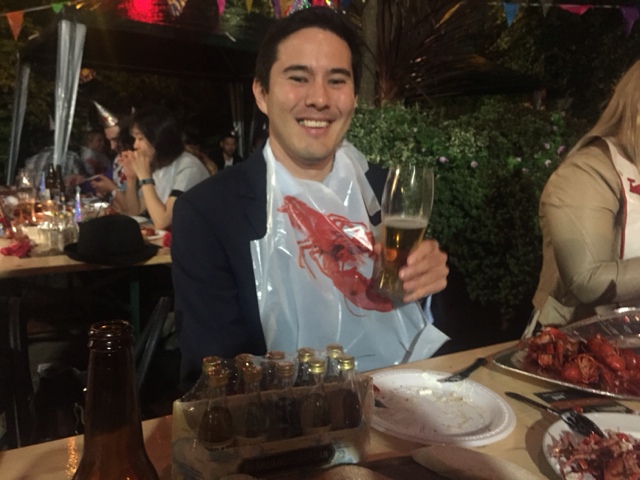 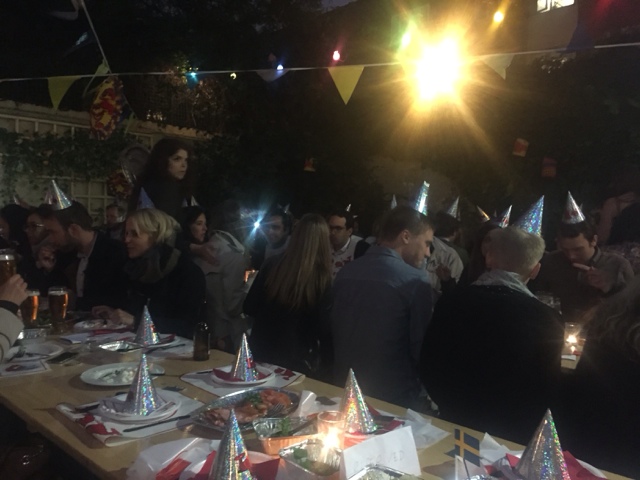 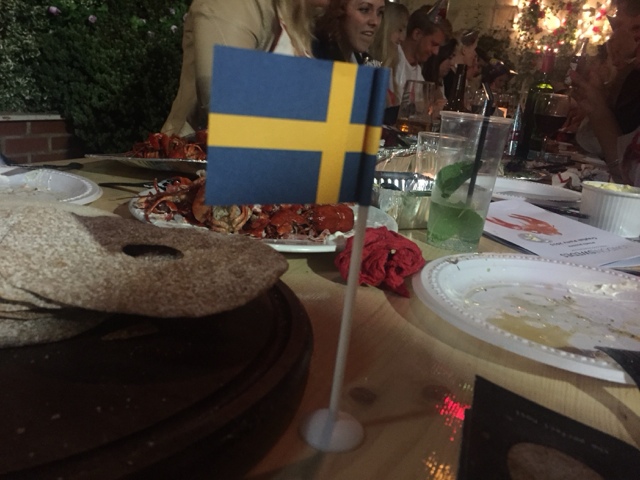 Thanks to the hosts for making it a nice one.

Until the next kraftskiva, ha en fortsatt bra dag.