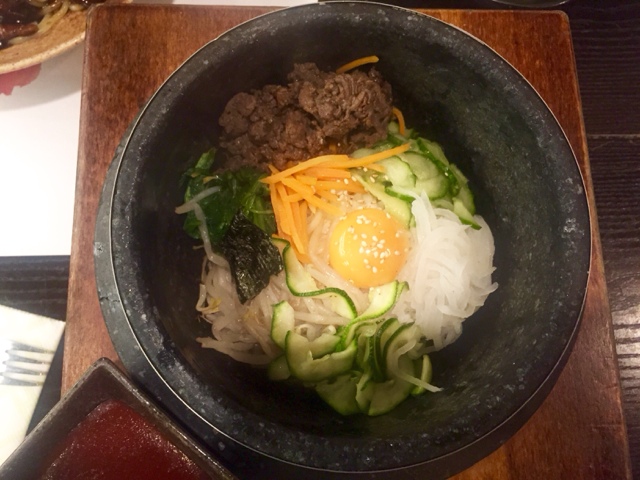 Hi all, I visited a Korean restaurant called Kimchee based in London, chancery lane a few hours ago and thought I share a few pictures. I tend to eat out a lot at Spanish and French restaurants, so it’s always good to try something new and different.

To start with I had the Dolsot Bibimbapwhich was a choice of raw beef, marinated beef, marinated chicken, tofu, eel or seafood, served sizzling hot in a stone pot consisting of rice, vegetables and red chilli paste sauceThe advice was to mix the egg and rice together just before eating, letting it cook slightly. A tasty dish indeed. 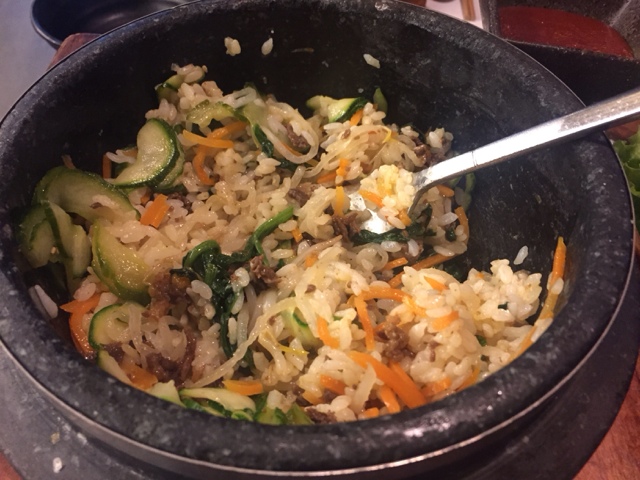 This next was as Udon Noodle dish served with pork in a black bean sauce called Jajang Myeon. Another good dish.

I also tried out 2 BBQ meat dishes. The first being short beef ribs marinated in a blend of pineapple, ginger, Korean dark sauce and garlic dish called a Bulgalbi. This dish was bang on in terms of . When I love somethingyep you guessed right, I post multiple pictures. 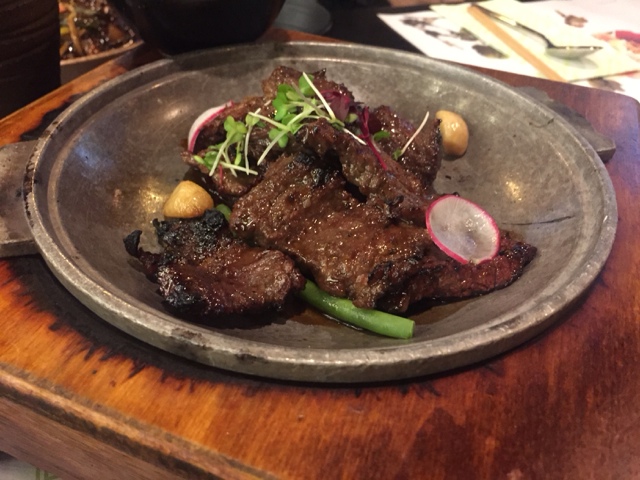 The next grill dish, a char-grilled pork belly served with wasabi and mustard dip was also delicious. I really liked the wasabi dip and would order it again in an instant. 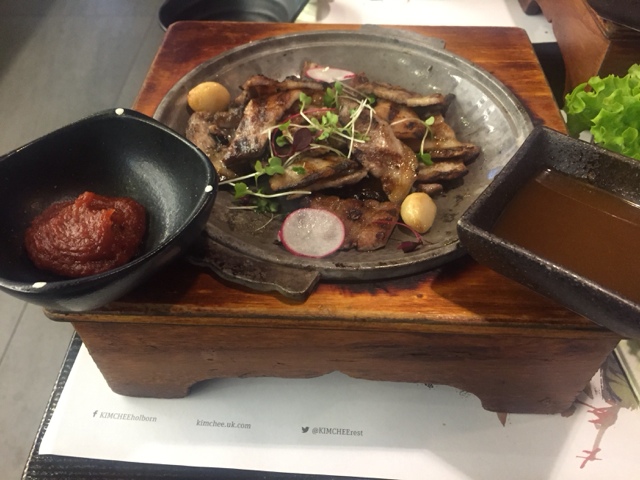 So there goes my time at the restaurant. I would really love to visit more Korean restaurants in the coming weeks. I am off to Swedish crayfish festival in just over 18 hours, so that should be quite interesting. 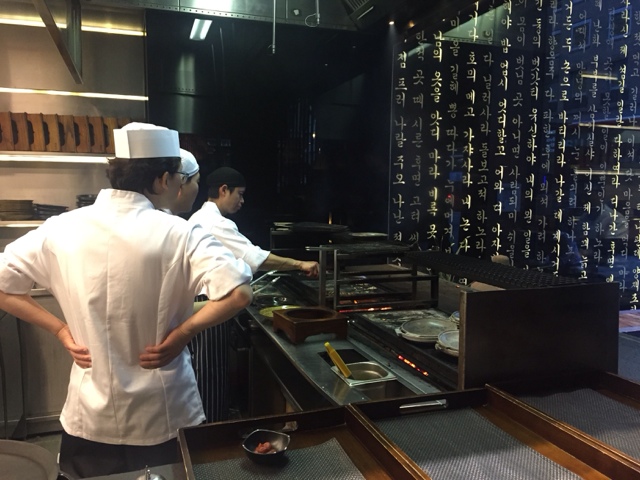