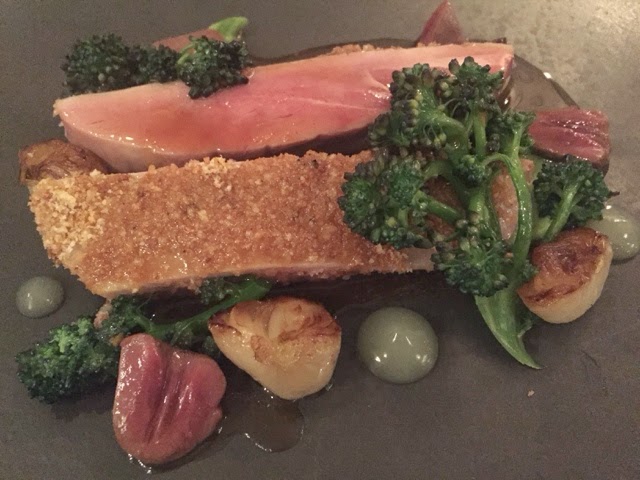 Hi all, hope you’re having a nice weekend. I started mine off by having dinner at “Roux at Parliament Square” last night. The restaurant, brainchild of Michel Roux jr’s served some of my highlight dishes of 2015. Compliments to Steve Groves, winner of MasterChef: The professionals in 2009. I am a fan of the show and in a way it’s nice to see Michel giving a massive opportunity to one of the talented winners.

The restaurant itself was located inside the royal institute of chartered surveyors, just off Westminster’s Parliament Square. This is truly fine dining at a nice location. The customer service was formal, but nice. You felt like they were there just to serve you, and you alone. We were offered complimentary nibbles to munch on while trawling through the menu. The 7 course meal was quite tempting, however we went for a few selections off the A La Carte menu. See below for some of the pictures. Multiple images of the same dishes from different angles is only a reflection of how much I loved the colourful dishes, just in case you were wondering why I ordered 3 Souffles in one seating. MasterChef came to mind every time a dish came to the table. Presentation was top notch. 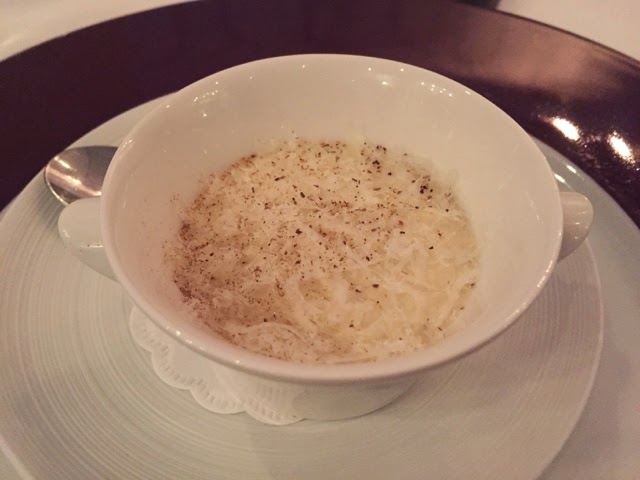 Roast Orkney scallop, glazed pig’s cheek, black pudding, apple, hazelnut:The scallops were very fleshy, different to ones I have previously tasted but delightful, accompanied with the apple and black pudding. The dish came beautifully presented and was as easy on the eye as it was on the palette. 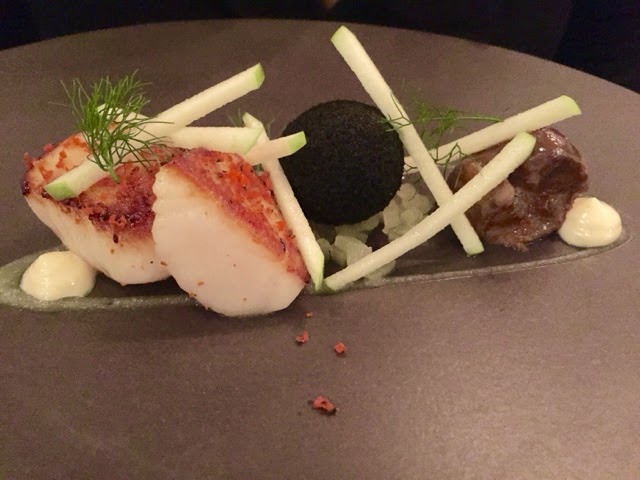 Delightful, the quail went well with the golden raisin. The parfait on toast light and flavourful. 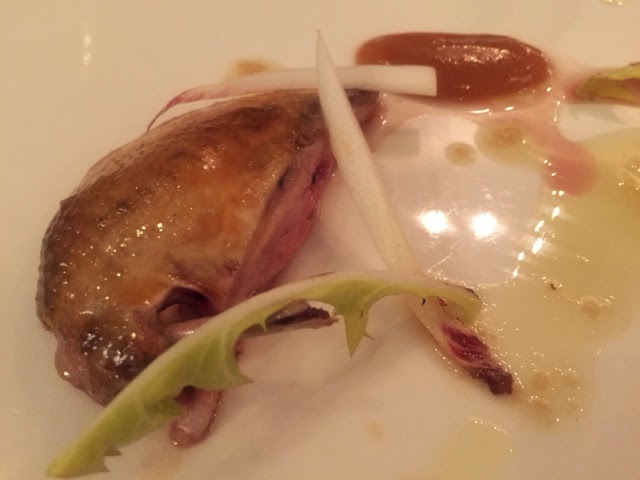 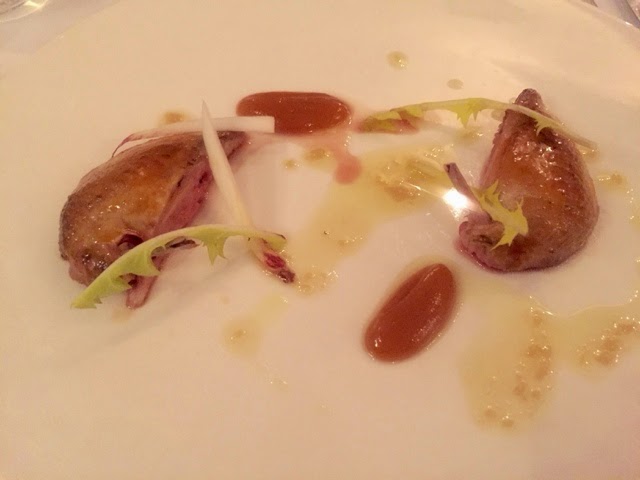 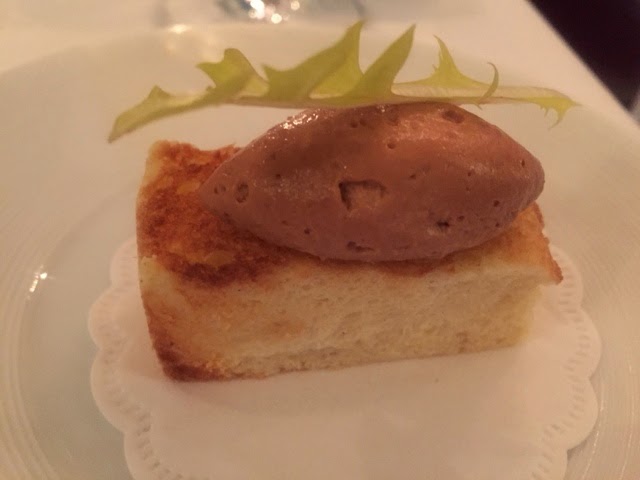 Roast Gressingham duck breast, confit heart, bergamot, sprouting broccoli, cipolline onions, pink pepper. The tasty firm duck and Bergamot was a good match. Have had a few duck dishes this year and this is one of the better ones. Dubai’s la petite maison still wins this years best duck dish however.

I was slightly hesitant when looking at the menu, I had no clue what Hogget was but from the description of the dish I was sure it would be a good choice, finding out that it was Lamb was an added bonus. At first glance the meat looked a tad under cooked for my liking and it had a slightly ‘gamey’ taste. Hidden underneath was a delightful gem. A piece of Lamb with such beautiful marbling and intense flavour, it simply stole the show. 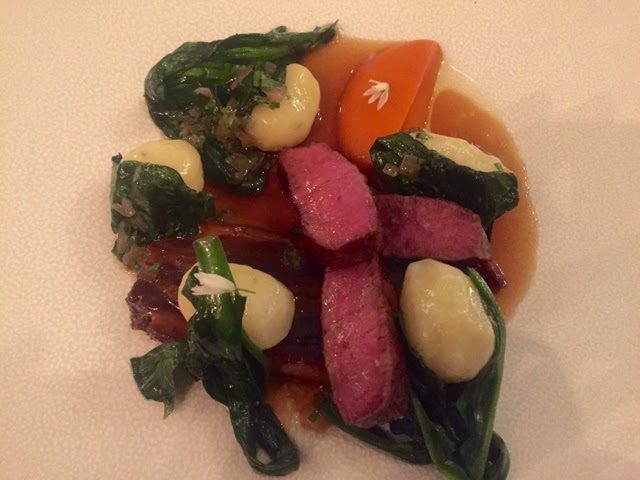 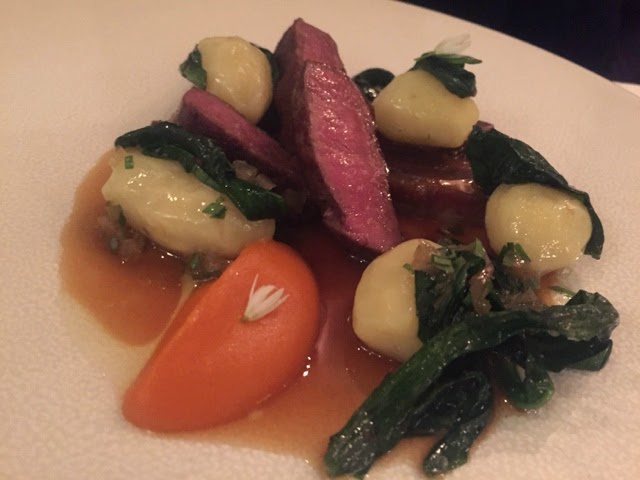 Best Dessert I’ve ever had – Hands Down. The souffle was perfectly light. The rhubarb was tart and the warmth of the custard married perfectly with the sorbet. Put very simply, I was in heaven. 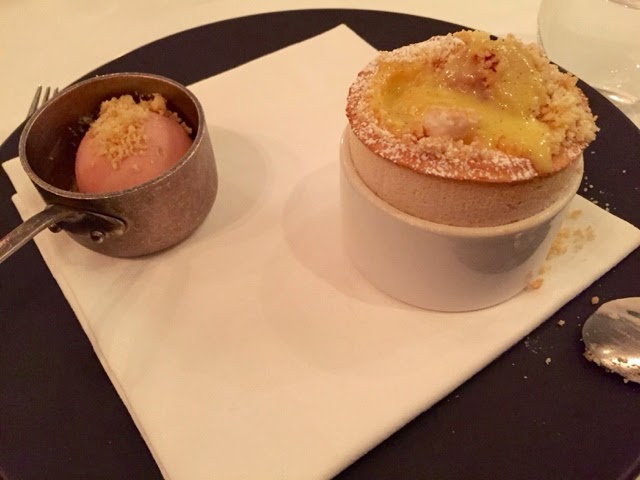 Chocolate and ice cream, what’s there not to like. Beautiful combination. That said I think the Rhubarb soufflé was really hard to beat. 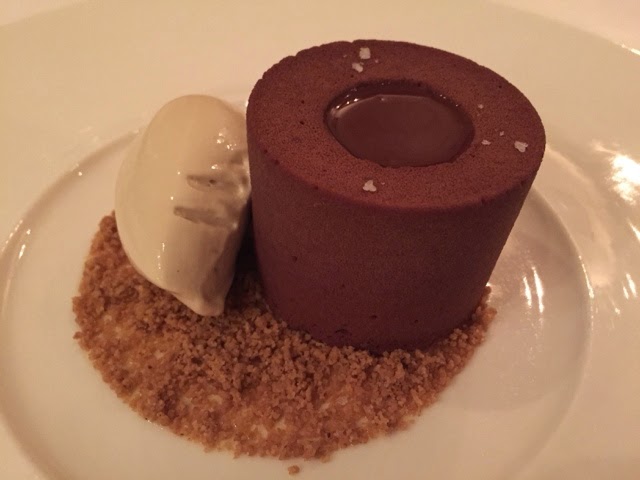 There goes our time in Roux at Parliament Square. A win for MasterChef and an impressive menu. Now that this has been ticked off my list, I can’t wait to visit Michel Roux’s flagship restaurant, Le Gavaroche. 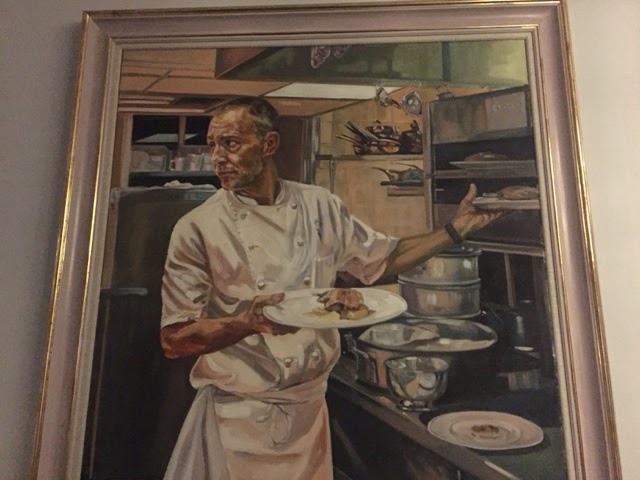